All games will ideally be 6 a side but 5 a side is also an enjoyable number to play with.

Before any games starts a full warm up session will take place to minimise the chances of injuries.

The two teams selected may not be even (and thus competitive and fair) so the teams may change once the game gets under to try and make the teams even. 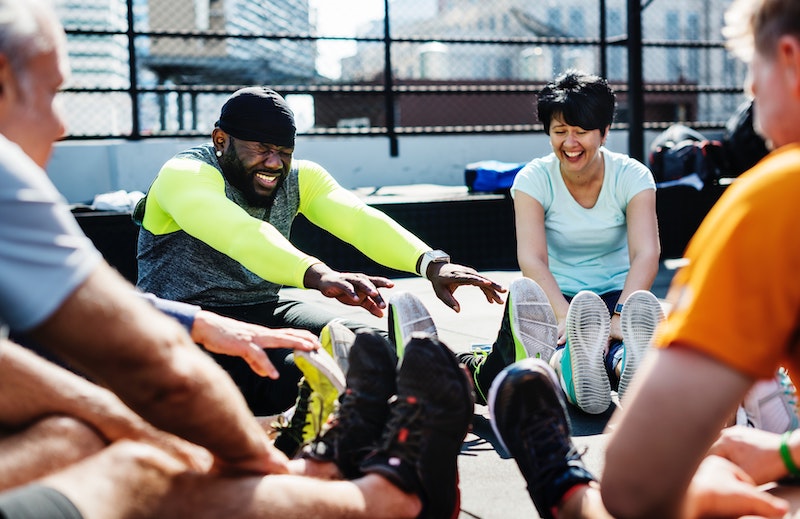 Football At The Older Age

In 1957, Stanley Matthews became the oldest person to play football for England, at the age of 42 years and 104 days. According to Peter Reddy of Aston University, you may be able to break his record, admittedly at a more modest level.

Speaking at the British Science Festival in Birmingham, Reddy explained that while most footballers, amateur as well as professional, give up in their late 30s, there is no reason not to enjoy the beautiful game in your 50s and 60s.

In British Columbia, Canada, there are 120 teams in the Oldtimers Soccer League, while in Boston in the US there are a dozen teams in an over-60s league.

According to Reddy, active people have a 20/30% reduced risk of premature death and 50% chance of less chronic disease. But at the age of 55-64 only 32% of men say that they take the recommended half an hour of strenuous exercise 5 times a week.

However it is important for older people not to play the game as they might see it on Match of the Day. Football is very adaptable, and can be played at any level of skill and aggression. Older players should play the game in a more relaxed way. There will always still be injuries, but they are a comparative rarity.

The psychological benefits of football are as important as the physiological ones. Reddy explains: "A study done among older men playing football in Dublin shows that they have high levels of what we term 'flow,' which really means psychological reward and satisfaction. They see it as fun and rewarding. Interestingly, they report that the level of stress and exertion involved is comparatively low, even though measurements show that they are working hard."

He believes that football requires continuous, distracting thought, whereas running, cycling or going to the gym focus attention on one’s own body. "With football, there is something to take your mind off what is happening. In tennis, there is all the stress of the double fault or the poor backhand."

The Dublin study also shows that older men from poorer households have a lot to gain from playing football. "It gives them membership of a group, and provides them with knowledge that they can pass on to others," Reddy points out. "This can promote long-term enthusiasm for exercise." 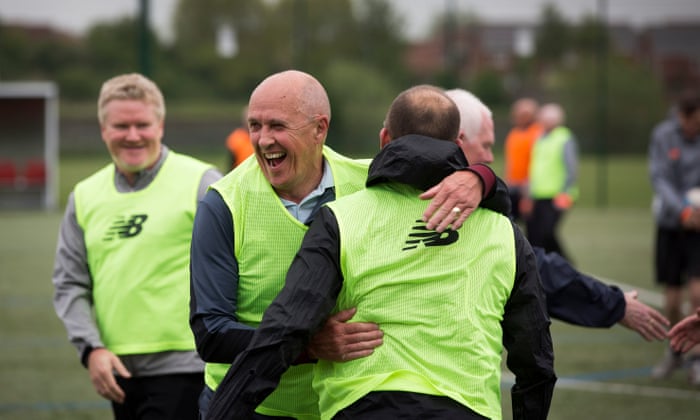 The only thing stopping you from playing football at an older age is yourself! Don’t expect to play at the pace you played at school; enjoy playing at your own pace and remember to warm up and stretch before you play.

You can teach an old dog new tricks!